DS News - March 4, 2013
Mortgage and default servicing professionals are on a never-ending search for better solutions to the problems associated with the nature of the business: how to communicate with—or even find—delinquent homeowners, how to encourage borrowers to stay current on their payments. DS News discusses how Loan Value Group is working to solve this problem. View the PDF here.

Close with Pam - February 21, 2013
Pam Marron covers LVG's work with the State of Arizona to assist homeowners with the HARP refinance program.

Lykken On Lending - August 6, 2012
LVG's Frank Pallotta is featured on David Lykken's "Lykken on Lending" radio program, in which he discusses LVG's innovative approach to incentives in the mortage space. Listen to the show here.

Irish Independent - June 25, 2012
LVG Managing Partner Frank Pallotta spoke with the Irish Independent about how mortgage incentive programs like the RH Reward are working in the US and could have similar positive effects in Europe.

REJ Blog - October 21, 2011
Should lenders pay homeowners not to walk away from their mortgage loans?

Bloomberg News - August 22, 2011
Mortgage Payment Delinquencies Climb in the Second Quarter - Loan Value Group Executive Vice President Frank T. Pallotta spoke with Bloomberg Television's "Bottom Line" about the continuing rise of delinquencies, his outlook for the housing market and the impact of negative equity on a homeowners decision to continue paying their mortgage.

Bloomberg News - July 6, 2011
Many potential new homeowners are being stymied by stricter standards now in place for loan approval.

USA Today - April 24, 2011
As strategic defaults continue to increase, research is showing that strategic defaulters are credit savvy individuals that are likely to respond to the incentives being offered by Loan Value Group's Responsible Homeowner Reward.

Housing Wire - April 4, 2011
Loan Value Group Executive Vice President Frank T. Pallotta spoke with Housing Wire to explain what the mortgage industry can do now to save itself from increasing losses and avoid unnecessary defaults.

AOL Real Estate - December 27, 2010
As strategic default gains in popularity, more banks are working with Loan Value Group to offer homeowners the RH Reward, providing a safeguard against strategic default, and a valuable channel of communication with their customers.

Inman News - October 14, 2010
Rebate for staying current on 'underwater' mortgage - At payoff or sale, 'Responsible Homeowner Reward' can be sizable

Chicago Sun Times - October 4, 2010
Some lenders offer reward for owners who stick it out

Knowledge @ Wharton - September 29, 2010
Home Is Where the Money Is: A New Incentive Program Aims to Slow Rising Mortgage Defaults – Wharton finance professor Alex Edmans has researched strategic mortgage default and finds the Responsible Homeowner Reward to be an effective way to utilize the power of incentives to help solve the problem.

Fox Business - August 23, 2010
Dangers of Walking Away From Your Mortgage

Housing Predictor - August 19, 2010
Millions Walking Away from Mortgages Could Still be Helped

Marketwatch.com - May 17, 2010
Choosing not to pay has consequences beyond damaged credit scores. Frank Pallotta of the RH Reward team discusses how the program can help homeowners facing this decision.

DSNews.com - May 7, 2010
DSNews.com continues its coverage of the RH Reward program, noting the total of $86 million in total RH Rewards offered to date.

The Today Show - April 20, 2010
After speaking with Loan Value Group, Jeanne Chatzky addresses strategic default and an incentives-based solution on the Today Show.

Relistr - February 8, 2010
Pay Homeowners Not to Walk Away From Their Mortgages

RethinkRealEstate.com - January 13, 2010
A 2010 paper by Tara-Nicholle Nelson finds that 80% of homeowners surveyed believe it is morally wrong to walk away from a house when one can afford to pay the monthly mortgage. 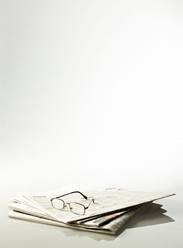